We would like to offer our sincere support to anyone coping with grief. Enter your email below for our complimentary daily grief messages. Messages run for up to one year and you can stop at any time. Your email will not be used for any other purpose.

Share a memory
Obituary & Services
Tribute Wall
Read more about the life story of Max and share your memory.

Max B. Friend, 97, passed away on November 11, 2022 surrounded by members of his beloved family. As a dedicated Navy veteran who faithfully served his country, it was fitting for him to say his final goodbyes on Veterans Day.

Max was born October 13, 1925 in Elyria, Ohio to Earl T. and Daisy M. (Beymer) Friend. He enjoyed sharing his birthday with his grandson. He grew up in Spencer, Ohio surrounded by many aunts, uncles, and cousins. He graduated from Spencer High School in 1943, and joined the U.S. Navy to serve his country in September 1943 at 17 years old.

During World War II, he served in the Pacific Theater on Saipan on a PBYB2 rescue plane locating downed pilots and their crew. He was discharged in 1946.

Max married his classmate Betty J. Yeagley on December 14, 1946, and they were married for 64 years. They started married life living on the Ohio State Fairgrounds while he attended The Ohio State University under the GI Bill. He graduated in June 1951 with a Bachelor’s of Science in Education and began a long career serving students. Max began teaching industrial arts at Ontario High School, and then at Galion Junior High School where he later served as part time Dean of Students. He earned his Master of Education degree at Bowling Green State University. In 1967, he became a supervisor with Erie County Schools, and in 1973 he became principal at Western Reserve High School where he retired from in 1979.

He was preceded in death by his wife Betty in 2010, and his parents Earl T. and Daisy M. (Beymer) Friend.

Max was a proud Navy veteran, dedicated educator, and a beloved husband, father, grandfather, and great grandfather, who immensely loved his family and the Ohio State Buckeyes.

Memorial contributions can be made to donor's favorite charity. Private family services will be held at a later date.

Walker-Eastman-Heydinger Funeral Home is honored to assist the family.

To send flowers to the family or plant a tree in memory of Max B. Friend, please visit our floral store. 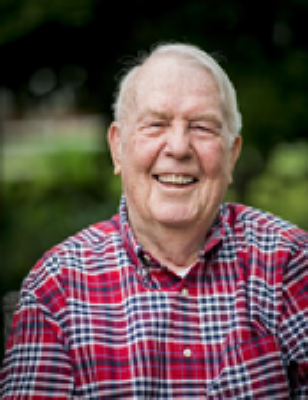 Look inside to read what others have shared


Family and friends are coming together online to create a special keepsake. Every memory left on the online obituary will be automatically included in the book.

You can still show your support by sending flowers directly to the family, or by planting a memorial tree in the memory of Max B. Friend