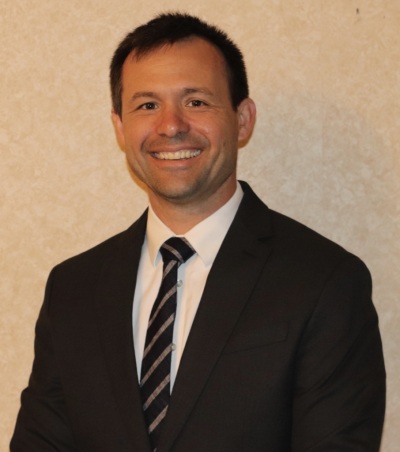 Jay represents the third generation of Eastmans in the family business. Jay was raised in New London and graduated high school in 2000. He then attended Heidelberg College. At Heidelberg, Jay received a Bachelor's Degree in Religion. Jay continued his education following his Heidelberg graduation at Emory University Candler School of Theology in Atlanta and the Methodist Theological School in Ohio, working toward a Master's in Theology.

Jay then decided to return to the family business and attended the Cincinnati College of Mortuary Science along with his wife, Sara. The couple graduated with honors in September of 2006. Jay and Sara welcomed a baby boy, Finley David Isaiah, into their family on Thanksgiving Day in 2010 and a second son, Ezra Wesley Reed, in July of 2013.

Jay enjoys living in Wellington and is a member of the First United Methodist Church of Wellington. He serves on  the Herrick Memorial Library and the Wellington School Endowment boards and enjoys volunteer work.

Jay is truly passionate about the outdoors and enjoys backpacking, rock climbing and hiking with his family and their dog. He also enjoys reading, playing with his kids and watching the Cleveland Indians. 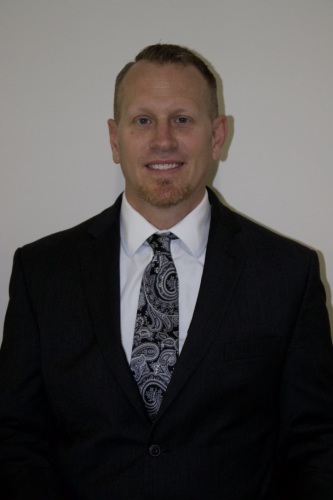 Sam was born and raised in Shelby and was a 1995 graduate of Shelby Senior High School.  He graduated with honors from West Virginia University with degrees in business, sport management, and a minor in athletic coaching in 2000.

Sam and Rachel were married at St. Paul Catholic Church, Norwalk, in 2008, where they are now members.  He became part of the funeral home staff in 2010, and graduated with honors from the Pittsburgh Institute of Mortuary Science in 2012.  Sam and Rachel and their boys, Mason and Tyler, most recently moved to Norwalk to help manage the firm’s newest location, Walker-Eastman-Heydinger Funeral Home.

Sam enjoys spending time with his family, watching and following sports, and being outdoors.  He has made many friends in New London and looks forward to meeting, serving, and becoming more active in the Norwalk community. 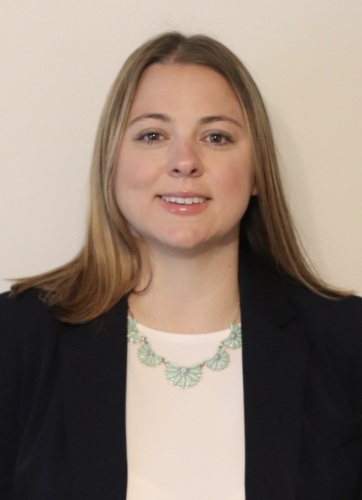 Sara is from Fredericktown, Ohio, where she graduated in 2000. She then attended Heidelberg College and double majored in child and adolescent psychology and religion and graduated with honors. Sara met her husband, Jay, at Heidelberg and the couple married in 2005.

Since moving to Wellington in 2006, Sara has become active within the community and is a board member and secretary for the Friends of the Herrick Memorial Library. She also belongs to the First United Methodist Church of Wellington.

She enjoys hiking, game nights with her family, reading- especially to her kids, and photography. 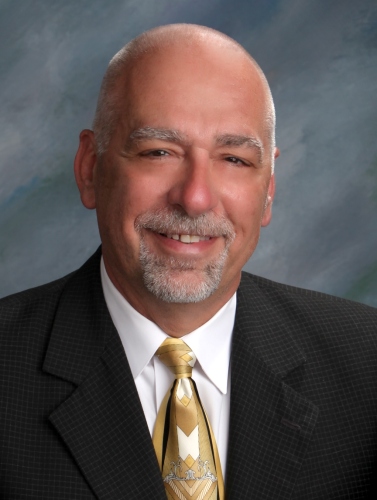 Jeff is a 1979 graduate of Colonel Crawford High School in North Robinson, Ohio. He received an Associate Degree in business from OSU before attending the Cincinnati College of Mortuary Science, where he graduated in 1983. Since 1989, Jeff has also been a licensed insurance agent.

Jeff is married to Barbara Garey Kocher, who retired as CFO for the Ohio Department of Education in Columbus. His daughter, Lydia Kocher, has a Master’s Degree in Industrial Engineering and works in Pittsburgh for Niosha Division of the CDC. 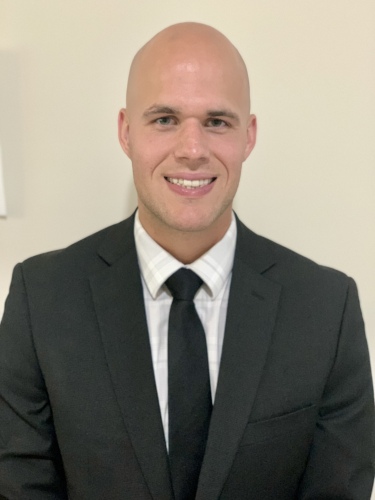 Kyle was born and raised in Northwest Ohio and was a 2007 graduate of Patrick Henry High School. He furthered his education at Heidelberg University where he graduated in 2011 with a double major in Business Administration and Accounting.

Kyle has worked in the funeral industry since 2011. In 2015, he was awarded with the National Funeral Director’s Association’s Certified Pre-Planning Consultant designation, which is considered the standard of excellence for individuals who assist families plan their funerals in advance. In 2016, Kyle received his funeral director’s license.

Recently, Kyle moved to Norwalk and began his employment with the Eastman Funeral Home family. Kyle lives in Norwalk, with his wife Jen, whom he married in 2011, daughters, Baylie and Zoey and German Shepherd Rocky.

Kyle is currently the Junior Varsity Boy’s Basketball Coach for Norwalk High School. In his spare time he enjoys date nights with his wife, spending time with his children, sports of all kinds and generally staying active. 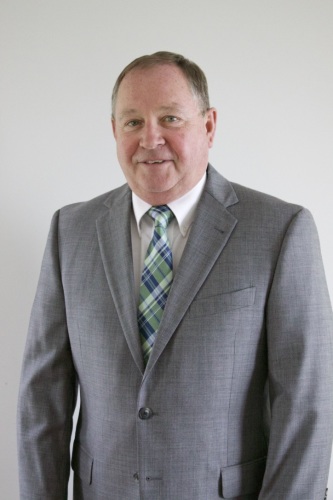 Don was born and raised in New London. He graduated from New London High School in 1977. He received his Bachelor's Degree in Landscape Horticulture from The Ohio State University in 1982.

Don, and his wife Celeste, owned and operated Eastman Landscaping in Port Clinton for several years. In 1989, they decided to return to the family business and moved to Cincinnati. Don graduated from the Cincinnati College of Mortuary Science with honors in 1990. He has been a licensed funeral director and embalmer since 1991. He is also an Ohio licensed insurance sales representative.

Don and Celeste live in Greenwich. They have two daughters, Rachel and husband, Sam Heydinger, of Norwalk and Robin and husband, B.J. Harvey, of Ashland. Grandsons Mason and Tyler Heydinger and Liam and Landon Harvey help keep life interesting. 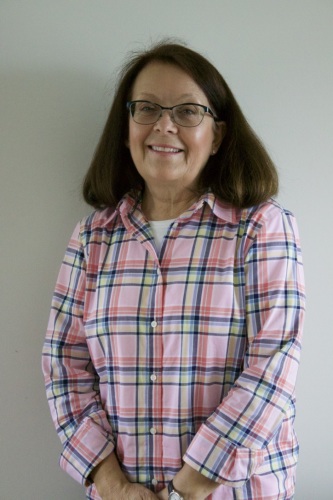 Celeste grew up in Norwalk and was a 1978 graduate of Norwalk High School. She continued her education at North Central Technical College. She received her Associate Degree in Retail Management in 1980.

Celeste and Don married in 1983. They owned and operated Eastman Landscaping from 1983 to 1989 in Port Clinton, Ohio. They moved to Cincinnati while Don attended Cincinnati College of Mortuary Science. She has lived in Greenwich since 1990. Celeste has been a licensed funeral director since 1993.

Don and Celeste have two married daughters, Rachel and Sam Heydinger, and grandsons, Mason and Tyler Heydinger of Norwalk and Robin and B.J. Harvey and grandson Liam and Landon Harvey of Ashland.

A lifelong New London resident, George graduated from New London High School in 1972. He then graduated from the University of Minnesota in 1977 with a Bachelor's Degree in Mortuary Science. Since 1978, George has been serving the New London and Greenwich communities with humility and compassion. George is a Certified Funeral Service Practitioner.

George maintains the New London Community Clock located in the Methodist Church Tower and is a past president and member of the New London Rotary Club. He and his wife, Denise, live in New London and have three children, Jay, Jordan, and Hannah and grandsons, Finley, Dempsey, Ezra and Charlie.

Born in Michigan, Denise lived there until moving to Ohio in 1969. She graduated in 1975 from South Central High School in Greenwich and went on the Mansfield Beauty College. Denise worked as a beautician in Greenwich and Mansfield for several years. She still maintains her cosmetology license and serves as the primary cosmetologist for the funeral home. She is an integral part of the daily operations of the funeral home, from working in the office, answering phones and working funerals.

Tim is a 1968 graduate of Elyria High School. He served in the United States Navy from 1969-1973 and did a tour of duty in Vietnam in 1972. He then studied electrical engineering at Lorain County Community College. In November of 2003, Tim retired from Verizon. He worked for RNR Systems for nine years as an Audio Video Contractor before joining the Eastmans in 2014.

He and his wife, Laura, live in Wellington, where they are members of the First United Methodist Church. A father of 6, Tim enjoys spending time with his family and attending his children’s sporting events. He also enjoys being active in the community and is a past member of the Wellington School Board. When the Ohio weather is cooperative, he’s likely to be found camping, playing his guitar around the campfire or working outside. 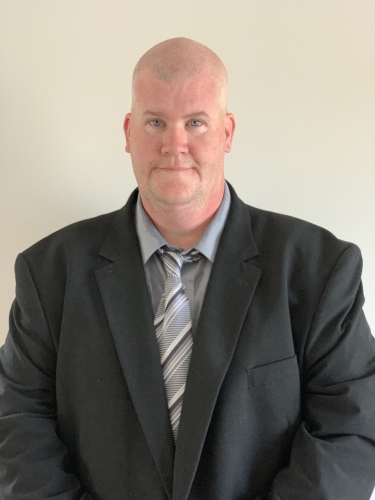 Jamie has lived all his life in the friendly little town of New London, Ohio.

He's dedicated his whole life to helping his community and surrounding communities as a Volunteer Firefighter for over 20 years and has worked as an Emergency Medical Responder/Ambulance Driver for over 10 years. Jamie also as works as an Funeral Home Assistant for Eastman Funeral Home, an absolutely great family to work for.

Jamie is a member of the church of Christ in New London. In his spare time, Jamie loves to spend it with my future wife (he's getting married in July 2019!), my family and friends.

In September 2014, Ted retired from Fifth Third Bank in Wellington after a 46-year career in banking. Immediately following retirement from the bank, Ted began working at Norton-Eastman Funeral Home. 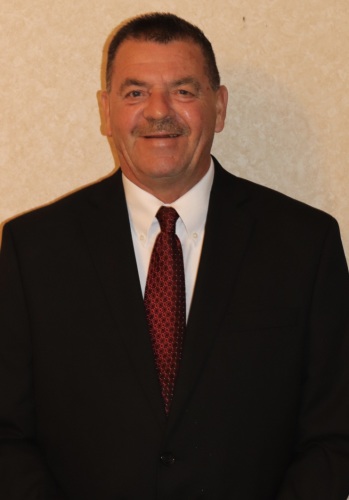 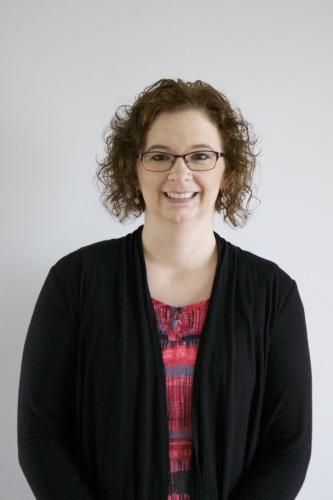 Melanie grew up outside of Ashland and is a 1998 graduate of Mapleton High School. Following graduation, Melanie began working as a dispatcher at the New London Police Department. That is where she met her husband Brian. Melanie joined Eastman Funeral Home in March of 2019 as an administrative assistant. She is honored to be part of such a caring and compassionate team at Eastman Funeral Home while serving the needs of our community during their time of need.

Melanie and her husband, Brian, reside outside of New London along with their two daughters. In their spare time they enjoy attending their daughters' activities and camping. Melanie is also a 4-H advisor with the Huron County 4-H program. 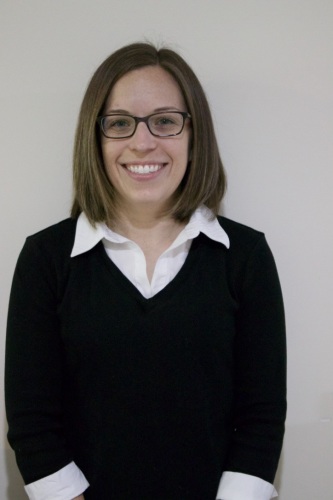 Rachel grew up in Greenwich and graduated from South Central High School in 2004.  She has a degree in paralegal studies from North Central State College.  The daughter of Don and Celeste Eastman, Rachel grew up in the family business, and worked at the funeral home for several summer breaks during her college years.

Rachel, her husband Sam, and their sons Mason and Tyler, most recently moved to Norwalk.  Rachel manages the Norwalk office and uses her background as an inside sales representative at The Wasserstrom Company, and most recently, stay at home mom, to help everything run smoothly and efficiently.

Rachel enjoys spending time with her family, being outdoors, and following her son’s activities. 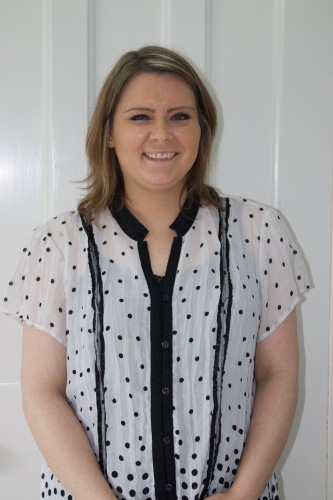 Danielle was born and raised in Wellington and graduated from Wellington in 2002. After graduation, Danielle attended the Pittsburgh Institute of Mortuary Science and then received her Associates of Art from Lorain County Community College. She has joined the Norton-Eastman Funeral Home staff as an administrative assistant and is honored to be a part of the team. She has a desire to help families in any way that she can. In her spare time, she enjoys scrapbooking, camping, and spending time with her family and friends. 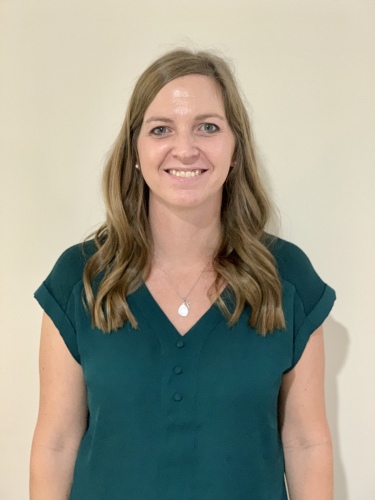 Jen grew up outside of Bellevue and graduated from Seneca East High School in 2004. Later, she attended Bowling Green State University.

Recently, Jen moved to Norwalk with her husband, Kyle and daughters, Baylie and Zoey. After being a stay at home mom since her children were born, Jen is excited to be a member of the Eastman Funeral Home family and serve families in anyway she can.